​In today’s world, fantasy creatures and stories are so popular that if authors and moviemakers suddenly stopped writing about them for even six months, the delay in new fantasy tales would be an odd thing to note. (Read More)

In today’s world, fantasy creatures and stories are so popular that if authors and moviemakers suddenly stopped writing about them for even six months, the delay in new fantasy tales would be an odd thing to note. It’s easy to assume that this is a new trend, but the truth is that you can dig back into the days of Beowulf and see that fantasy elements just aren’t exclusive to the latest generation. There’s been an interest in fantasy beings and stories for a while, and there’s no reason to suspect that the interest is going to vanish any time soon!

So it could be safe to assume that on your shopping list for holidays and such, there’s at least one fantasy fan taking up a bit of space, and that attraction to the mythical aspects of fiction can be like a big ocean of opportunities to dive into in order to find a perfect gift for that friend. You could go with books and movies that are of the Sci Fi/Fantasy category, but if you want something with more thought, you might find that choosing a specific mythical creature for the gift can be more personal and unique. It’s not completely out of the realm of logical, after all, that a fantasy fan would have favorite characters and creatures that catch their interest more than others. Finding that preferred creature could help you decide on an endearing gift opportunity that will spark an honest smile from your friend!

If you need help sorting through the fantasy beings to find the perfect option, it helps to consider the possibilities across the board. Once you know them, go into secret-agent mode to figure out which fantasy creature is most adored by your fantasy-loving friend! With that information, you’re officially equipped to buy a thoughtful, brilliant present for that companion!

For general introductory purposes, here are some mythical creatures to use for the beginning of that exploration!

Dragon. Dragons have been a part of a number of cultures over the years, and they’re still popular today. Evidence of that popularity can be found in recent stories that involve a range of ways and manners that dragons appear in popular culture. Pete’s Dragon , How to Train Your Dragon , Eragon … Dragons are one of the most recognizable and interesting of the mythical creatures, so they’re a good place to start brainstorming about what you could get your fantasy-loving friend. With available dragon-based posters, figurines, jewelry, sword collectibles, coffee mugs, lamps, tables, and more, these creatures are so popular that your gift choice can easily cater to whatever your friend needs or is interested in outside of fantasy. Maybe your companion who loves cooking would like a set of dragon salt and pepper shakers. Maybe your friend who likes garden décor would appreciate a dragon statue to set among their flowers. The options are pretty numerous when a dragon is the favorite fantasy creature!

Fairy. Perhaps just as popular, but sometimes far more innocent, fairies can be tiny bits of beauty to fancy up a home or office, should your friend be a fairy fan. Now, if you truly know your fairy lure, you realize that fairies can actually be terrible, violent creatures, but if you’re going with something more akin to the Tinker Bell version, the level of viciousness falls dramatically. Either way—innocent and childish or dark and sinister—fairies can be great gift options for a fantasy fan. And, once more, fairies are so common and popular in the modern world that the gift possibilities are numerous and can cater to individual preferences of your intended gift recipient. From lunchboxes to clothes, jewelry to figurines, board games to garden décor, fairies can be represented in something that your friend will truly appreciate and enjoy twofold—one for the purpose behind the gift and the other for the notion that there’s a fantasy creature showcased through it. So for an upcoming gift-giving day, offer your companion the pixie treatment that they’ll adore! 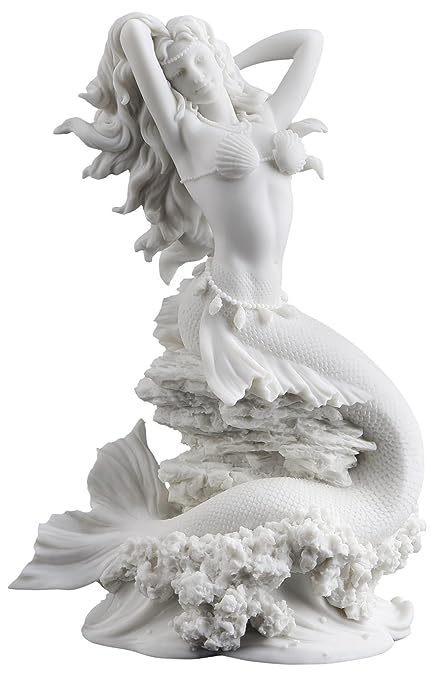 Mermaid. Mermaids are another classic fantasy creature to look for in regard to suitable gifts. From childhood stories of The Little Mermaid and Peter Pan to more modern renderings in TV and movies, these finned creatures are otherworldly enough to snatch the attention of fantasy fans. If you find that your friend is a mermaid fanatic, this mythical species could be a perfect place to look for in order to provide the ideal gift! For mermaids, the possibilities step into methods of keeping warm while watching a mermaid movie since these days, mermaid tail blankets exist! Other gift prospects that are mermaid-based include coloring books, jewelry, wall plaques, and measuring spoons—things that could again cater to another interest while simultaneously showcasing a love of these underwater, mythical creatures. Should you discover your friend adores mermaids, there are plenty of ways to give a gift that reflects that interest! 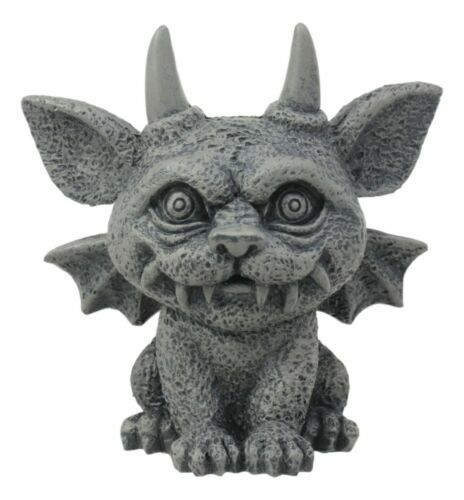 Gargoyle. On what could be a more menacing note, don’t overlook the possibility of giving your friend a gift that displays a gargoyle for a present! Sure, these creatures might not be the most standard for gifts or even fictional works, but they’re still recognizable and known among fantasy fans. No matter what their reasoning or rational is within folklore or fiction, these creatures are typically much darker and monstrous in appearance than you might expect from pixies and happy mermaids, but if your friend likes the darker side of fantasy, gargoyles could be the key to a perfect gift. The gift options seem to be a bit less numerous than with the previously mentioned beings, but statues and jewelry boxes are still gift staples that can have a gargoyle theme to them. Regardless of the potentially lower choices, these creatures are still fair territory for the fantasy fiend on your shopping list! 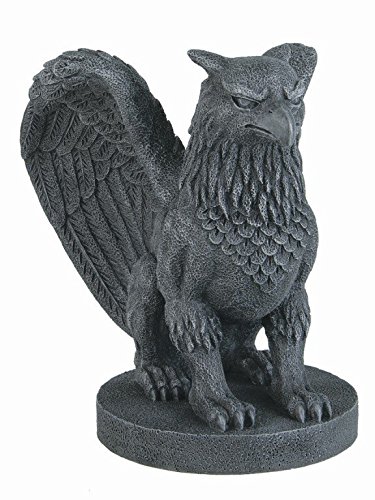 Genie. Genies are another example of known fantasy beings that aren’t top-of-the-line in popularity, but that detail doesn’t mean that they’re not a legitimate way to go for gift selections! As creatures who can grant wishes—whether with vile purpose or genuine helpfulness—with fancy clothes and shiny lamps, their continued presence in fiction isn’t all that surprising. In similar fashion, it wouldn’t be too surprising to find that your fantasy friend has a soft spot for this specific mythical creature. If that’s the case, don’t hesitate to explore gift options that embrace the idea of genies for that companion. Once more—fair warning!—this fantasy species is not necessarily easy to buy for outside of movies and media that include a genie character, but a decorative genie lamp for an end table or as a charm for a piece of jewelry can still express a love of genies and make a wonderful gift for a fan of fantasy! Don’t overlook these classic fantasy beings for your holiday shopping!

Griffin. Another lesser-marketed-through-merchandise fantasy creature would be the griffin, but as has been the case for the previous two options, these beings are still known enough to make for a recognizable gift possibility—particularly for the fantasy fan who also has a thing for Egyptian history! While the lower number of marketed pieces of merchandise do make for fewer shopping options, there are still statues and clothing selections that proudly display the griffin, ones that could make for fitting gifts for the griffin fan on your list! Don’t let the lower number of choices cost your friend a griffin gift they would love! Instead, work with what you have and give the fantasy gift that will likely be one-of-a-kind for the event!

These are just a handful of the possibilities in regard to what kind of mythical creatures you can give in some form to your fantasy-loving companion! Other prospects include the less common, but still known, thunderbirds and phoenixes, as well as the recently popular choices of werewolves and vampires. Altogether, these are still just the tip of the iceberg for mythical beings that can be represented in birthday and holiday gifts. Open your mind to some of the more known mythical creatures and figure out which one best suits your friend. Maybe it’s one that was provided in this post, or maybe it’s something different. But whatever it is, once you know it, get to shopping!