How to Get Away with Murder

So, if you are living anywhere remotely near a television set on the continent of North America, chances are you've definitely heard of the award winning ever popular television suspense/drama/thriller/borderline soap opera by the name of HTGAWM.

So, if you are living anywhere remotely near a television set on the continent of North America, chances are you've definitely heard of the award winning ever popular television suspense/drama/thriller/borderline soap opera by the name of How to Get Away With Murder (aka HTGAWM).

The show is kind of like the best thing since sliced bread. I mean, I haven't been this excited over a TV show since watching Nick Lachey and Jessica Simpson's marriage fall to pieces on Newlyweds (chicken of the sea?)

This show is literally the best thing since Law & Order SVU -- and I mean this with the utmost of respect for SVU because I am absolutely and positively stage-five clinger obsessed SVU junkie. It's addictive and I have a problem.

So, season three of HTGAWM recently wrapped up a couple of months ago and we are kind of feeling like we are beginning to get withdrawals. Do you ever feel like sometimes you start to initiate drama in your personal life solely for the purpose of getting your fix during season breaks of your favorite shows? I’m asking for a friend…

The show stars the ever so amazingly talented Viola Davis as the cutthroat (literally) Annalise Keating. Keating is a ruthless criminal lawyer who will stop at nothing to win her cases and keep her name out of the dirt. She is devilishly good to watch in this role and as a result has garnered several award nods and wins since the inception of the popular series. Davis hails from the film industry – she’s a movie star – which is why we really feel that Ms. Shonda Rimes struck gold with this series. She caught Davis at the perfect moment and it’s been paying off ever since.

The show also features an outstanding cast of loveable (and hate-able) characters who you may or may not be all too familiar with. If you tend to get that sort of deja-vu feeling when watching them, well that’s because most of them have had several stints on popular television shows or even in box office hits. Most played bit and/or guest starring parts, and so as a result, you may have not necessarily known them by name – but you find their faces recognizeable. Well, we’re here to give you the breakdown and perhaps jog your memory for you because some of the digging we did yielded some crazy aha-moment results. 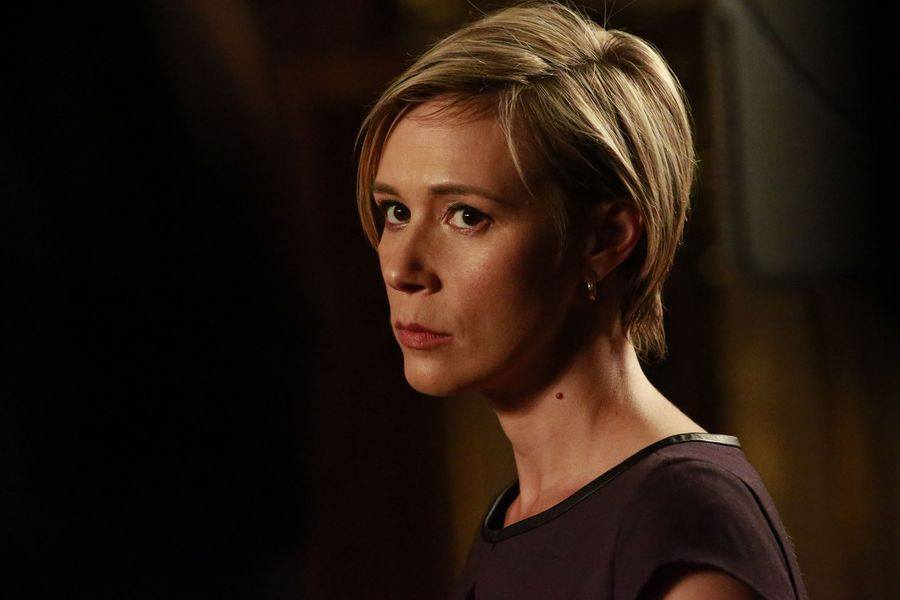 There is the ever so mousy, neurotic and borderline psycho path Bonnie Winterbaum, played by the beautiful yet emaciated Liza Weil. We say borderline, but we really mean actual. Liza may strike a chord with you from her days on Gilmore Girls where she played the role of Paris Geller.

Or, you could possibly remember her from the crazy thriller feature film Stir of Echoes starring Kevin Bacon which scarred you for life. Seriously. I had cable in my room at way too early of an age. Prior to Gilmore girls she had already signed a talent holding deal with Warner Bros. and as a result starred in various series produced by the studio including ER and the West Wing. 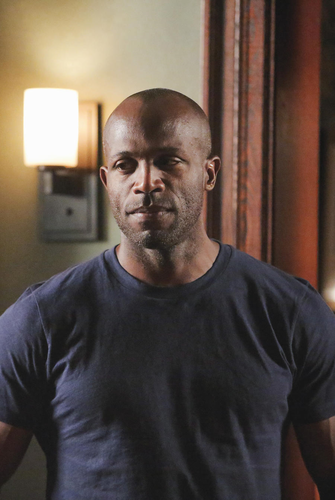 The scorching hot detective Nate Lahey played by Billy Brown is another main character in the cast who plays Annalise’s love interest. Brown is no spring chicken when it comes to acting and has been in several films for over two decades such as 1997’s Lost World: Jurassic Park (say what!?). Yep – he was totally in it.

Brown also had roles in the films Cloverfield, Lakeview Terrace, Race to Witch Mountain and Star Trek – and it doesn’t stop there. His television list is just as long. He's also had several TV roles in series such as CSI, NCIS, Criminal Minds, Dirt, Southland and even our beloved Law & Order: SVU . We can easily see why choosing him for the role of Detective Nate Lahey was a bit of a no-brainer. 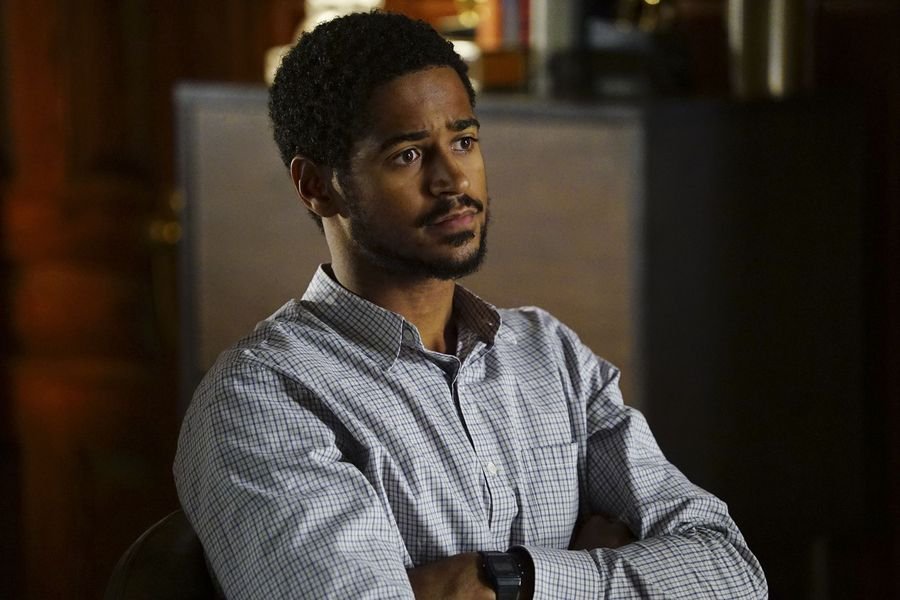 Alfred Enoch plays the loveable, shortlisted, sweetheart of the group Wes Gibbins. You may or may not recognize Enoch from his film past during his younger days. He played the role of Dean Thomas in all seven Harry Potter films since 2001. He also has an extensive background in acting due to his theater experience and believe it or not -- a British accent in real life. 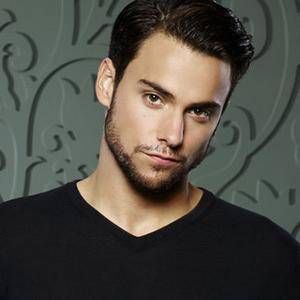 The gorgeous and promiscuous playboy Connor Walsh is played by actor Jack Falahee, a former Lyft driver and Tisch School of the Arts student. That’s right ladies. If you were in the Los Angeles area a few years ago your odds of being picked up for a Lyft ride by this uber hunk weren’t too slim. We know, you’re totally bumming right about now because chances are he’ll never have to drive a Lyft again in his life. Falahee has been in several small films from 2012 to 2016, including various TV shows such as Twisted, Mercy Street , and the Carrie Diaries to name a few. 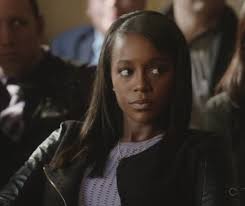 Aja Naomi King who plays the uptight, privileged and overachieving Michaela Pratt, is most notably known for her role as Cherry Turner in the 2016 film Birth of a Nation , of which she received tons of critical praise for including the honor of being shortlisted for an Academy Award. Crazy fact – she was King has appeared in TV shows such as Person of Interest, the Blacklist, and Deadbeat , as well as the CW medical comedy drama Emily Owens, M.D. 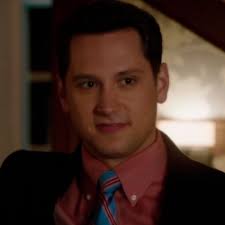 The sex-crazed, inappropriate affable doofus role of Asher Millstone is played by Matt McGorry. McGorry is best known for his role as John Bennett in the Netflix comedy-drama series Orange is the New Black. He also has spent some time as a guest star on Person of Interest, Gossip Girl , the soap opera One Life to Live and Royal Pains. 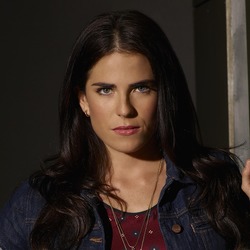 Karla Souza plays the overachieving, privileged, pretty-girl-with-issues Laurel Castillo on the show. Souza has a strong background in the Mexican film industry and has made her name in telenovelas as well as various sitcoms. She’s even had several roles in films from movies such as From Prada to Nada as well as the Mexican box office hits Nosotros Los Nobles and Instructions Not Included. 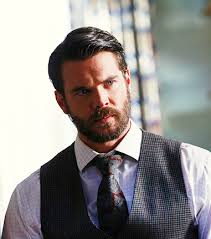 Last but not least, our all-time favorite character of all – the ever so diabolically charming and devilishly handsome Frank Delfino. Delfino is played by gorgeous former male model aka Greek god Charlie Weber. That’s right – all of you ladies out there amazed by his gorgeous good looks can rest assured that yes – he was in fact a male model and yes – for Abercrombie and Fitch of all things. Now, Weber may seem familiar to you for other reasons, and that's because back in the day he played a recurring role of Ben on Buffy the Vampire Slayer . He appreard on the show for 14 whole episodes from the years 2000 to 2001. He also guest starred in so many television series that we literally can’t even list them all on here. Everything from the Drew Carey Show, Veronica Mars, House, Charmed, Burn Notice, Bones, CSI and more. He's got a pretty long list.

So that wraps it up! The 411 breakdown on your favorite characters from one of the hottest shows on television. Now you can rest at ease knowing exactly why you get that crazy feeling of deja-vu every time you see them on screen. You’re welcome!