Songs to Blast for Halloween

Holiday music is a big deal! The right tune can set the mood for your seasonal celebrating, whether you’re blasting it while you decorate or it’s blaring through your speakers while you’re driving your car.

Songs to Blast for Halloween

Holiday music is a big deal! The right tune can set the mood for your seasonal celebrating, whether you’re blasting it while you decorate or it’s blaring through your speakers while you’re driving your car. Typically, this musical enhancement of holidays is mostly noted as a part of Christmas, but make no mistake about it. Holiday music can be infused into other seasons as well to boost your enjoyment of your traditions.

One great holiday to apply this logic to is Halloween where the atmosphere is so important to the overall scene. The day, or rather the night, is about spooky scares and night terrors, with a little candy on the side, and what better way to sink into that vibe than playing the perfect tune about monsters, costumes, or myths? Just like you plan to blast, “Rockin’ Around the Christmas Tree” this December, think about adding these songs to a special Halloween playlist for the season!

How can a Halloween playlist not include this one? The lyrics alone are enough the create scary visions of Halloween monsters that represent the season beautifully, but when added to the classic visual of dancing zombies from the video, this is a tune that arguably has to be a part of your Halloween celebrations. The song is about “beast” that’s dangerous, terrifying, and impossible to shake. Basically, according to the lyrics, you’re doomed by a monster in perfect Halloween fashion. When that kind of holiday sensation comes with such a catchy beat, it should be a definite addition to your seasonal playlist!

Alice Cooper – Welcome to My Nightmare

The title of this song is enough to make it a reasonable part of your Halloween soundtrack, but the appropriateness goes much deeper than just its name. From the beginning moments of the tune where the drumbeat is slow and steady—like someone is sneaking up on you—to the lyrics that highlight nightmares, fear, and screaming, its construction is a great representation of the holiday. Once the creepy scene is set through that repetitious beat, the song escalates like an explosion of holiday terror that’s brought to life with the growling vocals of the king of horror music—Alice Cooper. It’s a Halloween package that comes with a monster-esque punch!

Classic and catchy, “Monster Mash” is a tune that has likely been a part of holiday celebrations in the past. It’s a simple tale of a man in a lab where monsters suddenly surface, all to dance this fitting “mash” in a castle. Not only are the lyrics oozing with Halloween notions like ghouls and zombies, but Pickett delivers the lines in a not-quite-singing method that feels eerie and ominous, just like Halloween should! It’s almost as though the song is being sung by a monster that’s trying its hand at singing, getting a feel of the process as it details the bizarre night when monsters just had to dance. It’s fitting and fun, and a great number to add to your Halloween playlist.

This one might catch you a little off guard, but don’t toss it aside just yet! Halloween is about dressing up as someone else and pretending to be someone you’re not for a space of time, so this love song with Romeo and Juliet connections is a great representation of that feeling. Just as Swift depicts the romance through a Medieval-sounding tale of notable characters, you can live a dream and step into someone else’s shoes for the night for an otherworldly experience. For embracing that costume vibe, this simple tale is hard to top for your list!

Energetic and, for lack of a better word, rocking, this Rob Zombie tune is what could be the perfect embodiment of the Halloween atmosphere. While it depicts things like witches and rats in a tune that’s name clearly resembles one of Halloween’s most notorious characters—Dracula—it’s also been connected to the Munster’s automobile as well. This solidifies your Halloween feel from this song since it touches on the vampire of all vampires, creepy Halloween concepts, and horror fiction from more recent history. That’s a triple punch worth considering, particularly when it’s brought to you by heavy guitar riffs and driving drumbeats. If no other song is a part of your Halloween celebration, choose this one!

While the lyrics of this song don’t really showcase particular Halloween concepts, the basic feel of it is still crazy-fitting for the season since it talks about a change into something animalistic. Sure, there’s no reason to assume that change involves something monster-like, but the parallel still exists in comparison to a person who’s become a werewolf, vampire, or some other creature. In fact, if you have that notion in mind as you listen, the meaning goes from becoming a person you aren’t comfortable with to becoming another kind of being that’s so very different than your average human. Once more with the rock music to back up the inspired lyrics, this number can certainly help you prepare for your October celebrating!

If you know your W.A.S.P., you might be thinking, “Wait a second! This isn’t a Halloween song!” If you are thinking that, then congratulations on being very right! This song is a part of the band’s concept album, Crimson Idol , and it’s more connected to celebrity and fame than a chainsaw-carrying psychopath. But if you step back from that concept album’s background, the lyrics of this song could become a chilling tale of a serial killing madman named Charlie with lines like “murders in the new morgue” and “I'll cut your throat just to stay alive.” As has been the case for several of the songs on this list, the guitar and drums take these lyrics to a heavier level of anarchy with their pounding beats and shredding qualities, and what’s created is a song of Halloween proportions.

This is another song that technically isn’t about Halloween, but the language used to describe a man trying to catch of herd of cattle mimics the holiday’s sentiments, regardless. Rather than just say the cows were running and needed to be caught, this song depicts the scenario in an eerie, looming-doom manner with concepts of “red eyes,” “brands” that were “on fire,” and a “mournful cry.” The tension is real, and the scene is brought to a higher plane of atmosphere with its unconventional delivery, like the extraordinary phrasing and the drumbeat that mimics charging cattle and horses. From title to phrasing then, this song’s wording and musical delivery can add a Halloween charge to your playlist!

Turning the focus to something less creepy, this comedic number by Ray Stevens brings a lighthearted feel to a holiday celebration by putting a laughable spin on the idea of monsters. In the first verse or two, Stevens lists the creatures that he isn’t afraid of, then in a ridiculous fashion, lists the one that he says he does fear: “The Booger Man.” Since this monster is one of the most discredited and mocked of the Halloween threats, the notion is enough to spark a smile from the listener’s face, particularly when paired with his reasoning for being afraid of that one creature: “You know he’s real, and here’s the reason why: Your mama told you ‘bout him, and your mama wouldn’t lie.” It’s a fun twist to the idea of being scared, and let’s remember that Halloween is about fun as well as spooky. To embrace the more lighthearted side of the holiday then, be sure to buy a copy of this tune!

To wrap up this list, try this Metallica song that has a mythical being right at its forefront—the Sandman. Rather than the classic ideas of the Sandman delivering good dreams and happy vibes though, this song talks about “beasts under your bed” and a need to “sleep with one eye open, gripping your pillow tight” in connection with the Sandman’s visit. Clearly, this isn’t a scene of pleasant dreams and calm nights, and the imagery puts a horrific spin on what could’ve otherwise been a happy tale. The result is a song that is chilling, unnerving, and oh-so-Halloween!

Are there any other Halloween songs that should’ve made the list? 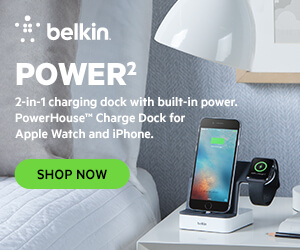